While I was away with Ellamae in the USA, Christian, Nina and Taj made their way over to Mo’orea, the beautiful island about 10 miles west of Tahiti. It was a great break from the busy Tahiti experience. They met a few new boats and few more great people. S/V Today was there with a active Kiwi family visiting that quickly became great friends. S/V Green Coconut Run from Santa Barbara was there and Tusi 2, with their teen grand kids visiting. Nina was in heaven with older kids around. 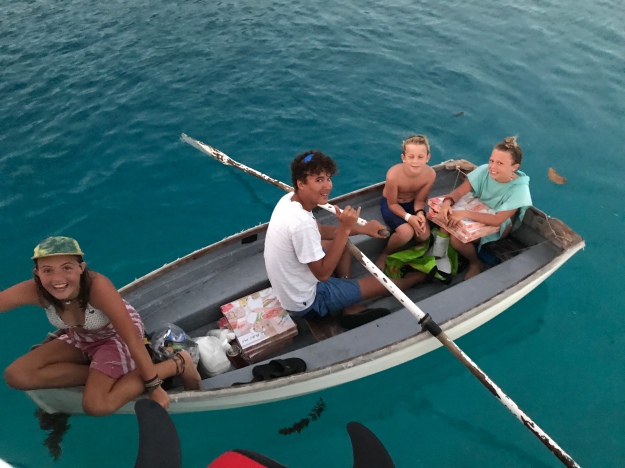 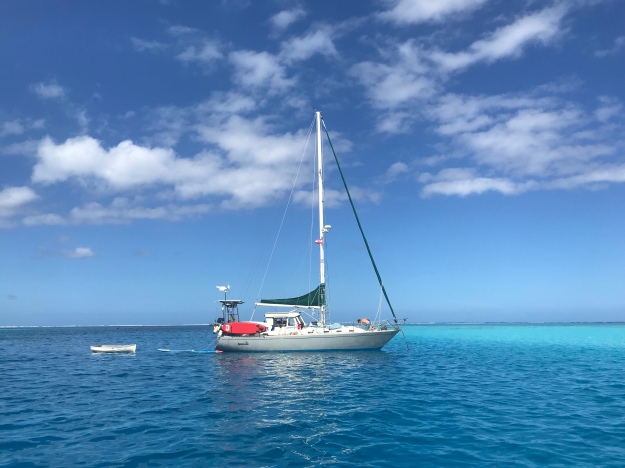 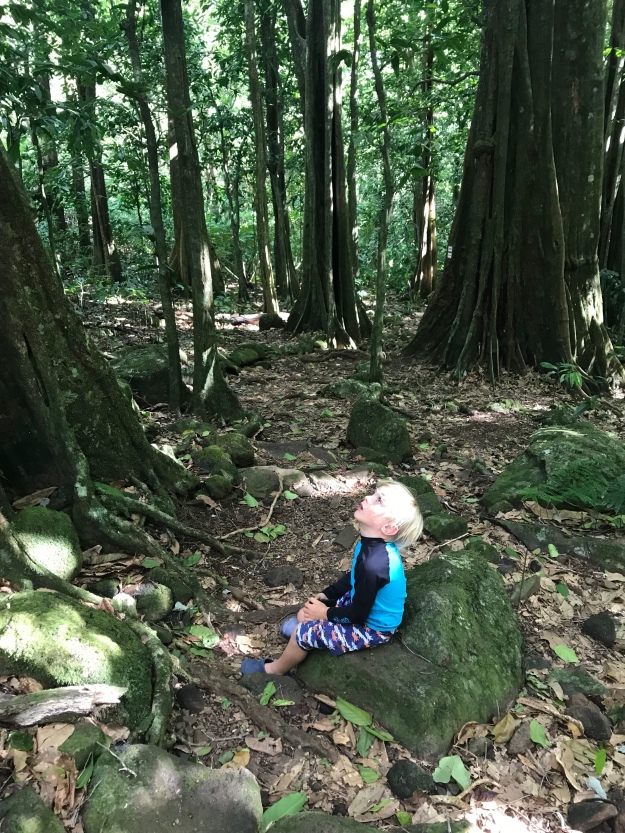 After about ten days there, Christian came back to pick me up from my return flight into Tahiti. We spent a few more days in the Marina Taina are, provisioning and exploring Heiva events. 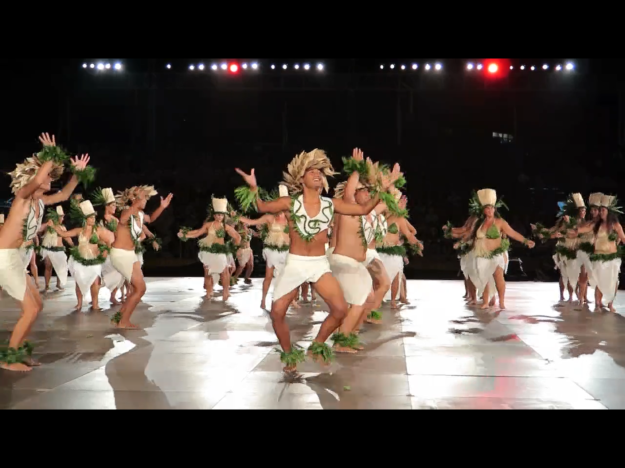 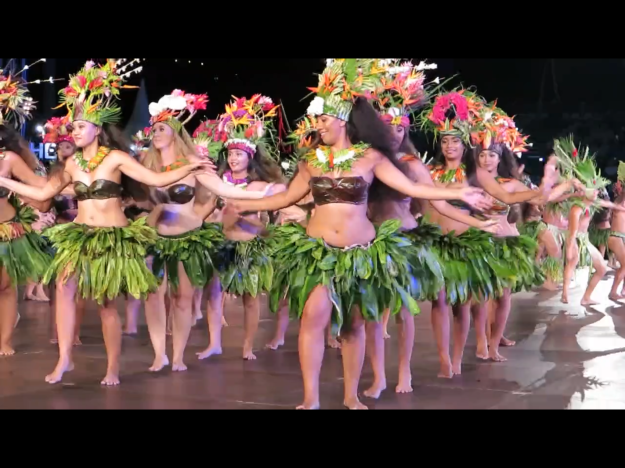 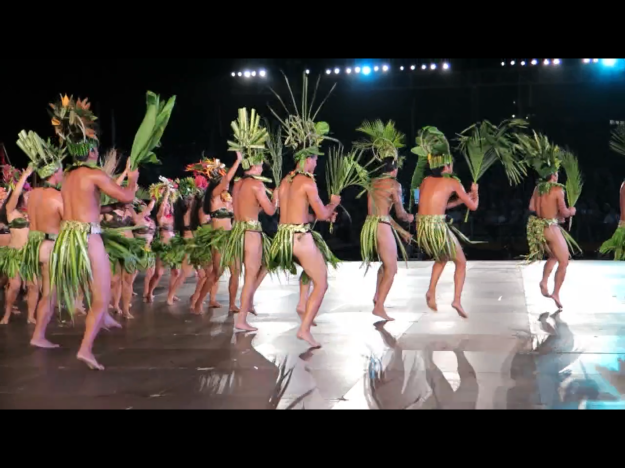 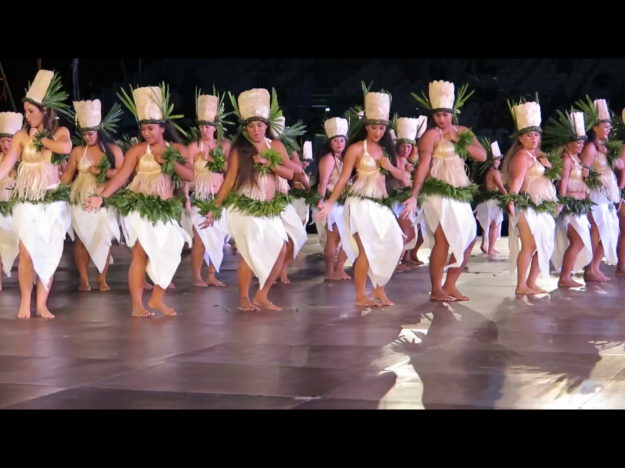 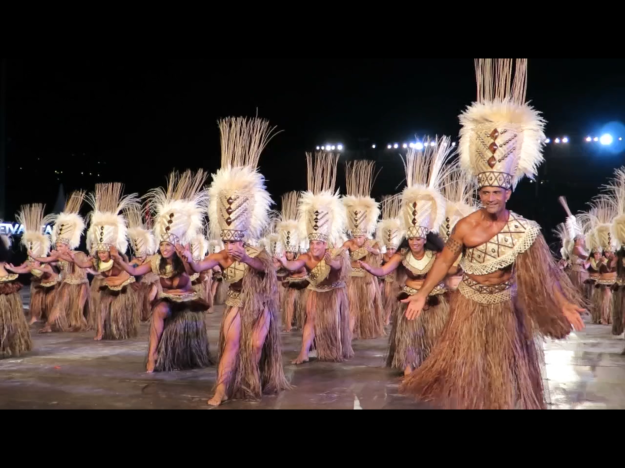 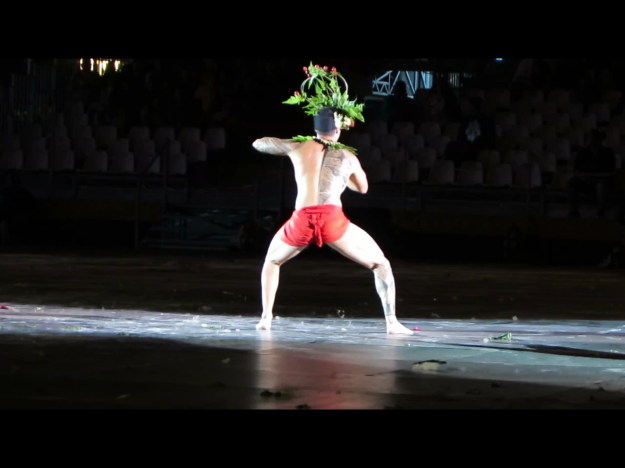 We then returned to Mo’orea so that I can see the beauty for myself as well as meet with our friends on La Cigale, Kea, Bajka, Heritage and Tranquilo. With only a few day allotted for Mo’orea, we packed our “tourist” experience in before heading northwest to Huahine.

Coming into our anchorage in Mo’orea. 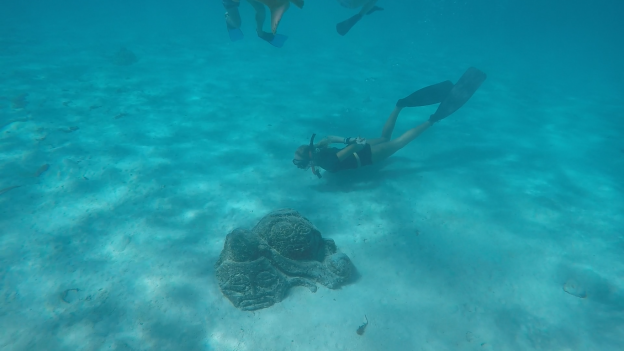 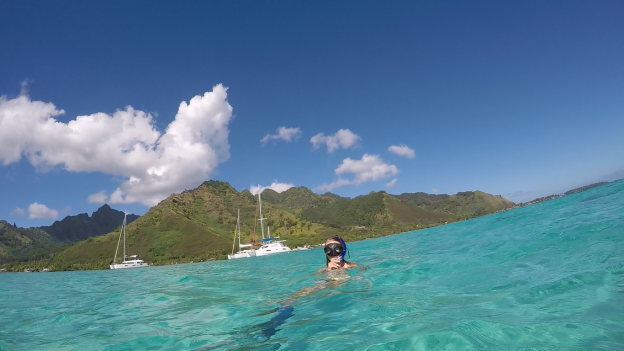 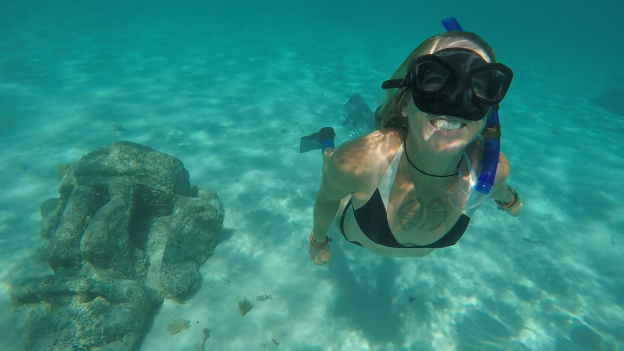 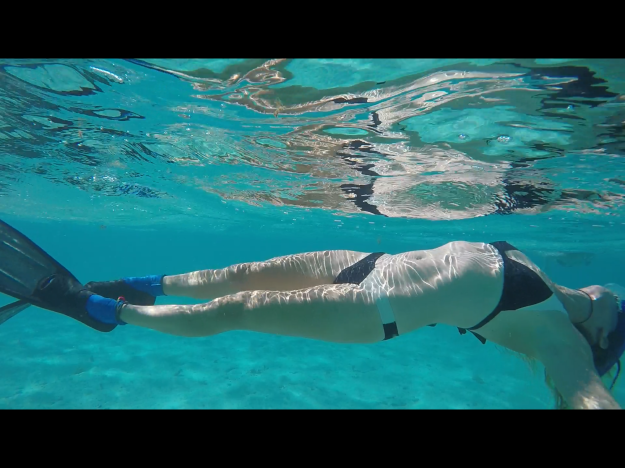 NIna and the Tahitian Stingray 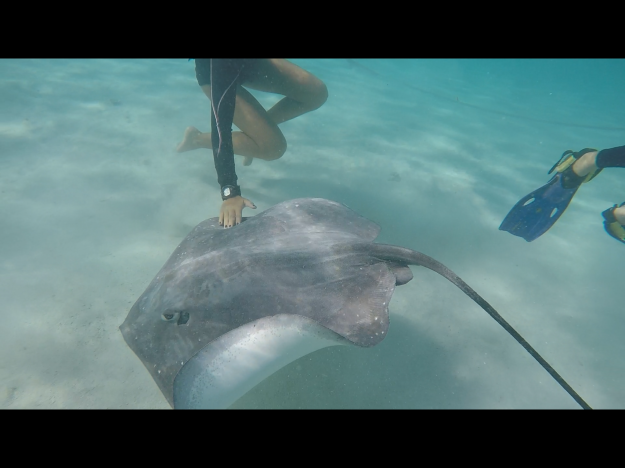 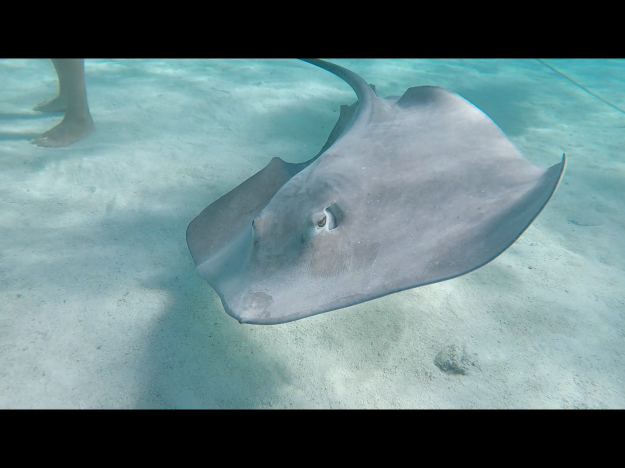 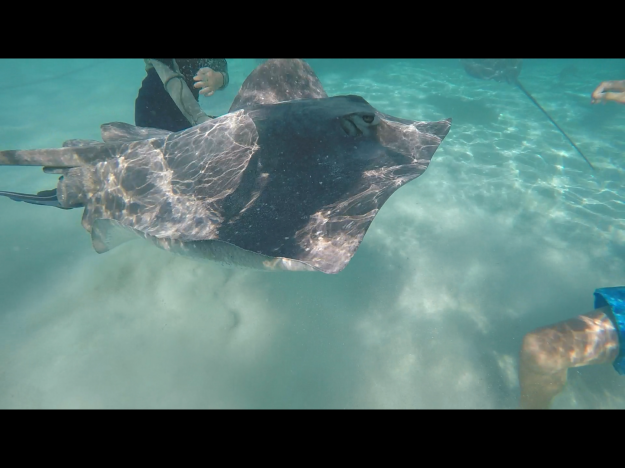 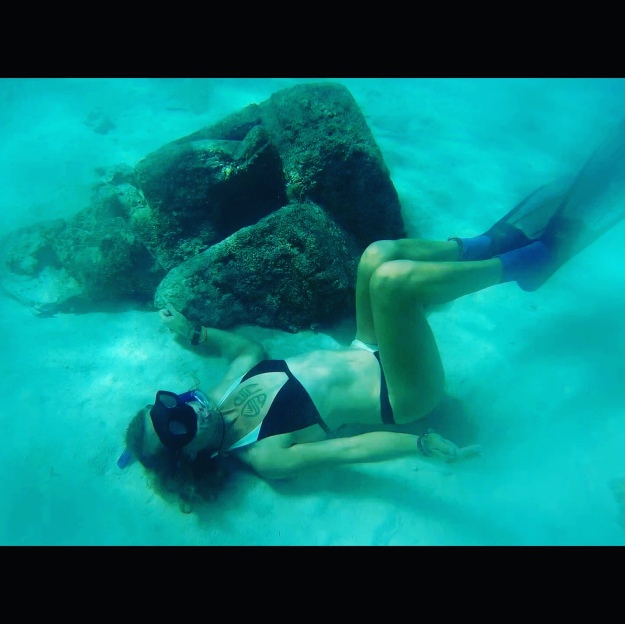 Josie at the alter with the underwater Tiki gods 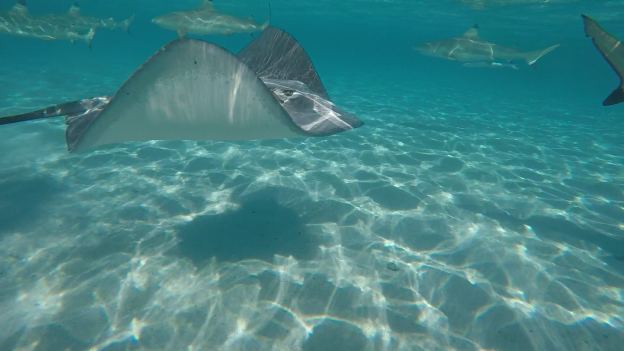 I apologize for getting you excited about a post on raising a boat teen…the post isn’t quite ready yet and I was using the password protected mode for another purpose. I didn’t realize that it would post like a normal post does. There will be a “raising a boat teen” post at a later date, I promise. Something to look forward to.

In the meantime, I am near ready to release our post on Tahiti. I just have a few more pictures to find on the hard drive.

Josie and a family afloat aboard S/V Shawnigan.

P.S. A Family Afloat Apparel is currently available to order for only a few more days… Get yours now by clicking here!

We enjoyed 13 days of sailing through Panama’s remote Northwest coastline. Upon the end of the second week we sailed into a populated anchorage called Ensenada Venao, known for its protection, waiting to round the point into the Gulf of Panama. Also known as Playa Venao, its in the list of places in Panama for surfing. We went there for all of the above, but especially for the surf. We had a VERY long day sailing the 70 miles from Isla Cebaco to Ensenada Venao (aka Playa Venao or Ensenada Benao). We were able to sail for the first 2.5 hours until we started sailing as high into the wind as possible, with wind speeds fluctuating anywhere from 10kts to 30kts. To top it off, we had a current pushing is back. We were in a very frustrating situation. We needed to have our sails set for 25-30 kt winds for the times when the wind would blow that hard. As soon as the wind dropped to 10 kts we lost all speed (which was only 2-3 kts at best) and we would lose steering from all of the wind chop and current. After a few on and offs with the engine, we made the decision to motor-sail, bashing up into the wind and current. Our goal became “let’s just try to get there before dark”. We ended up motorisailing for over 13 hours. This was a first for us and was a hard choice to make. We basically motored more hours in one day than we had over the last 3 months. The good part of this sail was that we caught a large female Mahi Mahi! 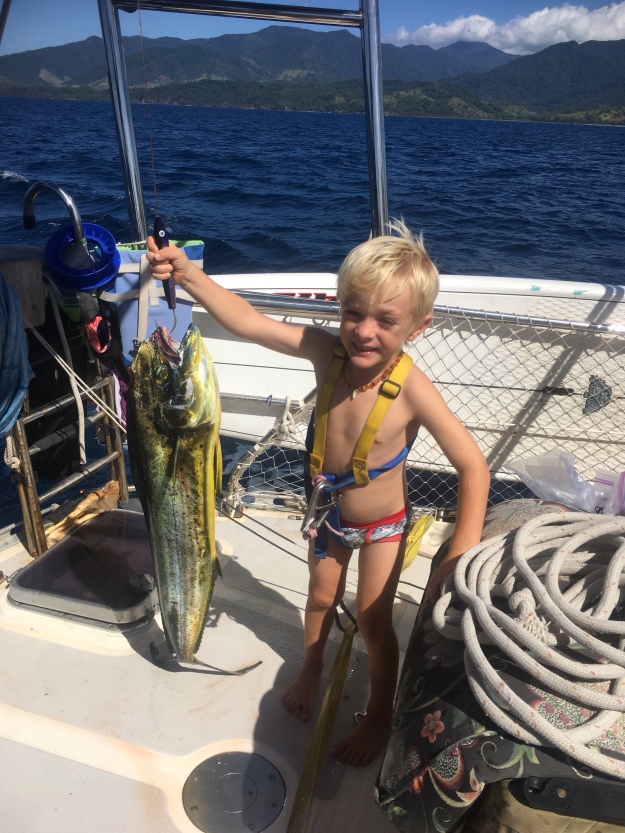 Overall, the day felt like one of those times where you wonder if you did something to bring on bad luck. We were getting so much water over the bow, we discovered new leaks seeping into the V-berth. We lost one of our SUP paddles. A wind gust came on so strong along with bashing into waves that the paddle popped out of its tied up place and sank faster than you could say “we lost a paddle”. Another one fell off too! Of course there’s more to that story. I was down below, cooking, and Christian says nonchalantly, “well we get to do a man over board!” My heart jumped through the ceiling. Then he revised it to “sorry, Ellamae’s paddle fell overboard.” Heart rate went back to normal, mostly. It was great practice that’s for sure and I’m sure glad it wasn’t one of us in the water waiting for us to retrieve them. The good news is that we were successful at retrieving one of the lost paddles! As bad luck normally happens, things happen in threes… Davy Jones wasn’t through with us. As soon as we anchored a gale force gust came up and blew Ellamae’s boogie board right out of its tucked away spot and sent it skipping and flipping across the water and out to sea. The boogie board was in poor condition, so our disappointment in having it blow away was stemmed from feeling terrible about adding to the litter out at sea more than losing the board itself. (Sorry no photos of all the shenanigans, we were too preoccupied).

We arrive at Ensenada Venao at 7:20pm, just before dark. I’d been down below making “sushi” out our Mahi Mahi. I put “ ” marks around sushi, because we cooked the Dorado first, having never heard of it being used raw. A feast was ready to eat as soon as we anchored and relaxed. Based on the guide we had, we did not expect a beach full of hotels and restaurants that lit up the sky come nightfall. I guess we were officially out of remoteness. It brought a bit of excitement aboard. We hadn’t really conversed with many people and we were getting pretty low on our fresh fruits and veggies. The thought of surfing, conversation, people watching, and potentially having wifi was uplifting.

We spent the next four days surfing first thing after coffee. I’d go first, then we’d swap kid duty and Christian would go. I’m still learning, so an hour in the morning worked me. Christian could easily have surfed all day long. We managed to get the kids in through the surf and onto shore to play in the waves and socialize as well. Nina was very happy to meet some other teenage girls that were on vacation from Alaska. She even ended up having a sleepover with them. Lucky girl got a freshwater shower and a memory foam mattress in an air conditioned room! 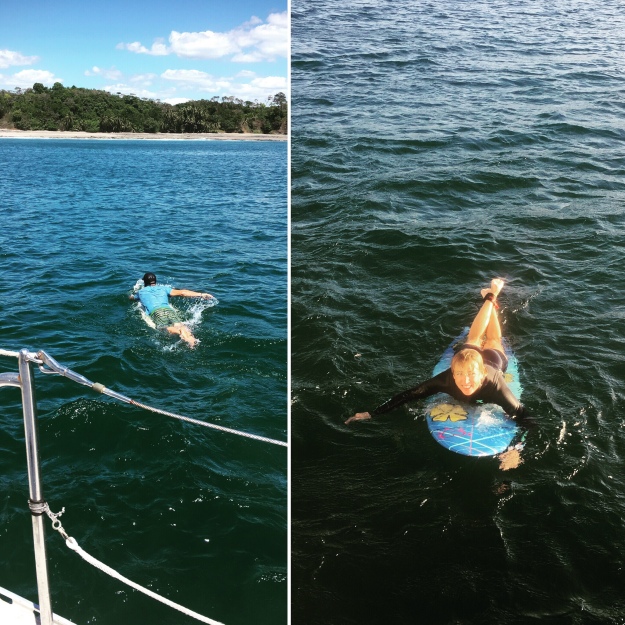 The offshore winds were pretty strong for the first 3 days, but the weather was overall amazing. The sun is definitely more intense down here closer to the equator. The swell was on the rise starting on the day we arrived. Day 3 was getting so big, that after getting pounded on my surf session I decided it would probably be best to stay aboard with the kids for the day. The wind was blowing too hard to paddle to where the waves were smallest. The next day was just as big, but we needed to get our feet on ground. The wind had finally let up, so Taj, Nina and I hopped on the inflatable SUP, stopped over at the sailboat (S/V Jabiroo II) that came in during the night to say hello, then made our way to the more protected landing further down the beach. I was a bit of a paddle, but we were glad we did it. We explored only the few blocks of the vacation village that was there. We found a cute coffee house and ice cream shop. A produce truck happened to be driving through, so we bought a few affordable greens and plantains. The one and only mini-mart there was overpriced and had a very limited selection of food. We bought one dozen eggs for $4 (doubled that of Mexico prices.

On our way back out to the boat we stopped by S/V Jabiroo II again to chat. They had us aboard and we talked boats. We established that we had actually met them before, up in the San Francisco Bay Area while we were visiting last year and they were making their way south from Canada. It was great to see other cruisers and chat. They had tried rounding the corner to head into Panama City, but got pushed back by the wind and current. Their plans were to leave early in the morning with the ebb tide. Originally we were going to get one last surf in, but looking at the tides and weather, we jumped onboard with their plan. 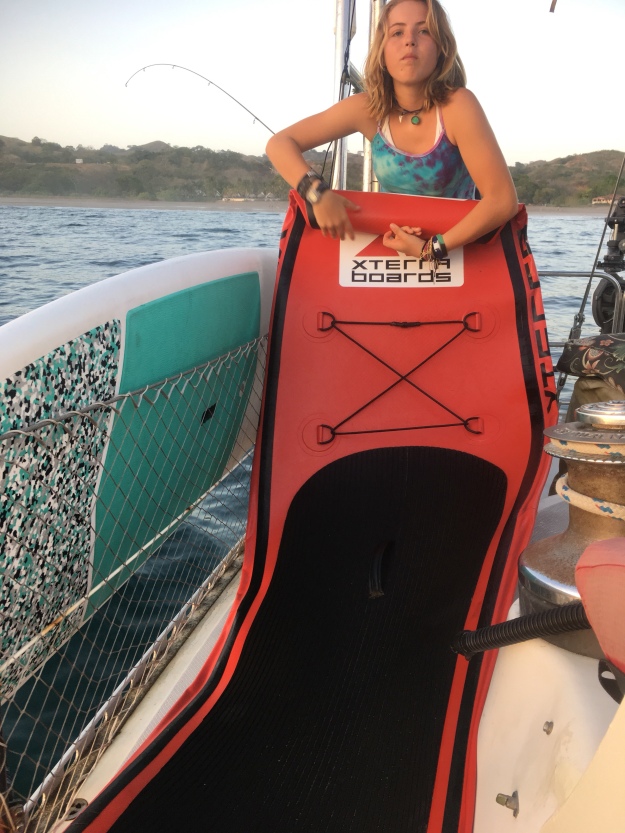 Nina putting away the inflatable xterraboard.

4am the next morning (Sunday) we left by motor alongside with S/V Jabiroo II. It felt great to have other people to commiserate with. We haven’t seen too many other boats down here. I’m guessing the strong winds and currents detours people from making this a regular route, unless of course the intent is to pass through the Panama Canal and head east. We’re glad we took this route though. Seeing Costa Rica and Northwest Panama has been awesome! 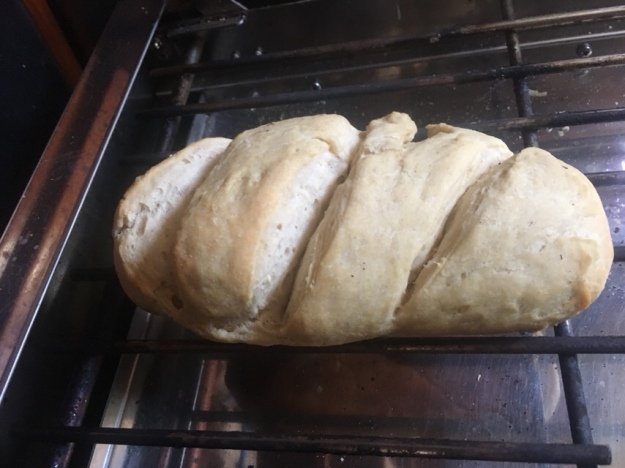 I made another S/V Luna Sea recipe. French Bread!