January 16, We had wind for a great sail down to Bahia Drake, our first stop on the Osa Peninsula. What a beautiful sight! A lot less travelled and a lot more rain, the Osa Peninsula’s rain forest is dense and attractive. After dropping the hook under sail, we immediately got the paddle boards out with just enough time to venture up the river against the current. This was by far one of the coolest jungle sightseeing experiences yet. The next day we took a hike in the jungle and along the beach. We took a dip and rinsed off in some much needed fresh water. On our way back we encountered a group of rambunctious Capuchin Monkeys. I will admit there was a few moments of “I’m not so comfortable with this”. 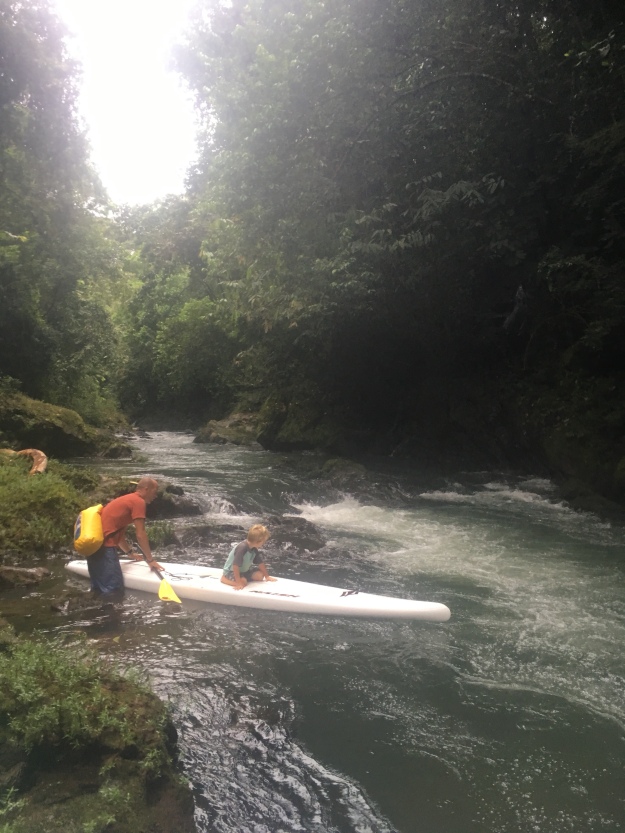 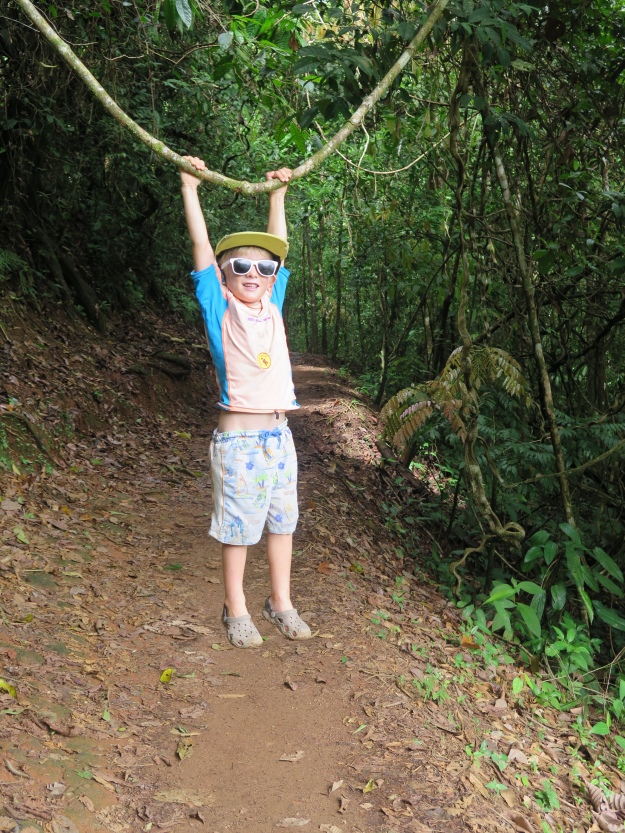 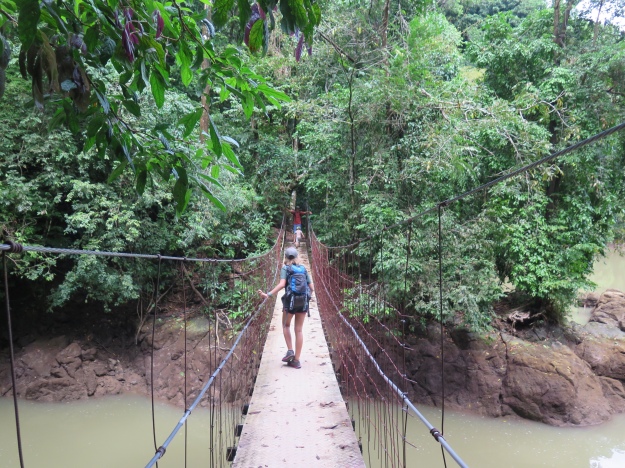 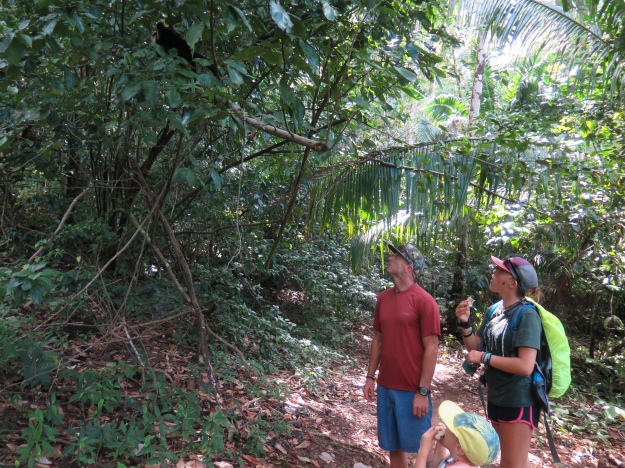 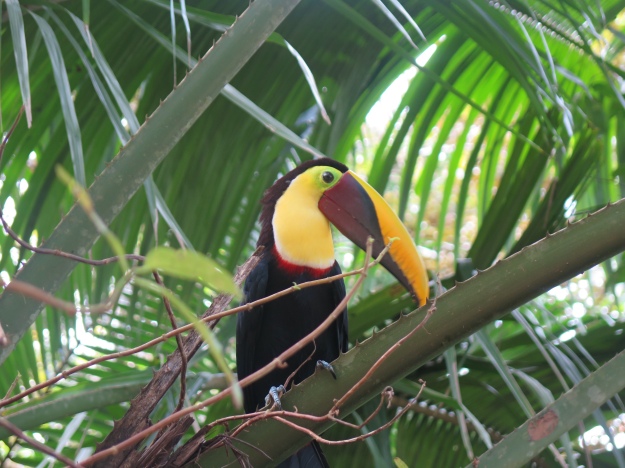 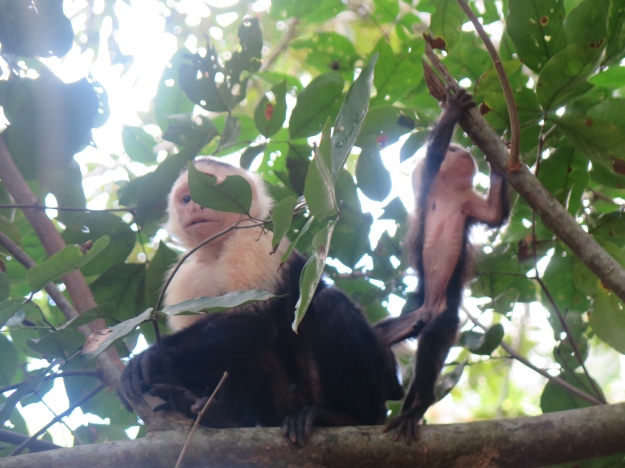 January 18th, we made our way south the Matapalo. We actually had good wind again for this stretch. We only motored for 2 1/2 hours, and that was mostly to give our batteries a boost and to get safely into the anchorage. Just before lunch we caught a yellowfin tuna! Sushi time! This was the first fish we’ve caught since November !

We anchor at 4pm and Christian was off the boat heading to surf by 4:15. I stayed behind to prep our Tuna dinner of Poke appetizer, a few Nigiri Sushi pieces, and Garlic Ginger seared Tuna with rice and beans for the main course. Yum!

We had two full days of double surf sessions. Christian took his SUP with an anchor and his board up around the corner to Matapalo break in the mornings.

I surfed both days just in front of our boat. Both evening, we surfed together at a place just east of us, in which we paddle boarded to and anchored them just off of the break. Taj joined us the second evening with his Boogie board. He caught a few good ones right next to me! The third morning there, Christian went his way for his surf and I took Nina and Taj on a hike to the waterfalls. It was a beautiful hike, with lots of rainforest views. It was so nice to take a freshwater shower under the falls. 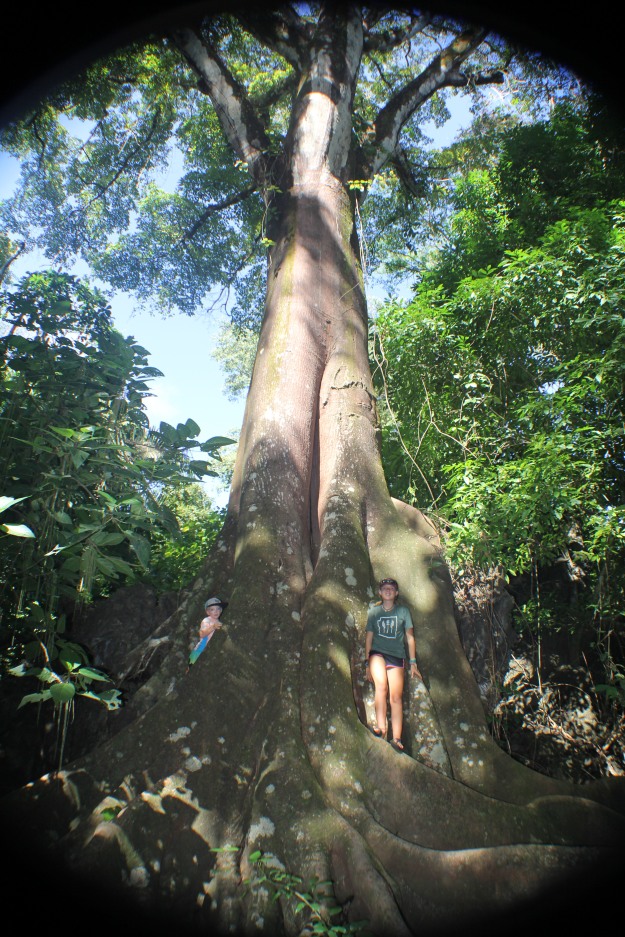 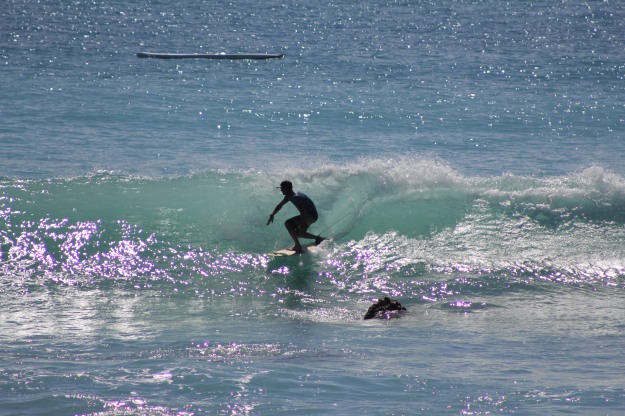 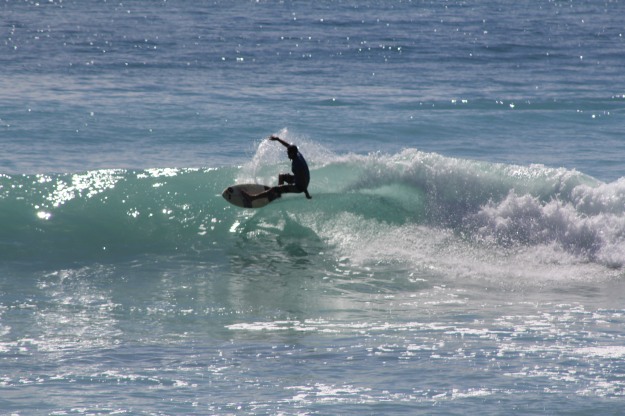 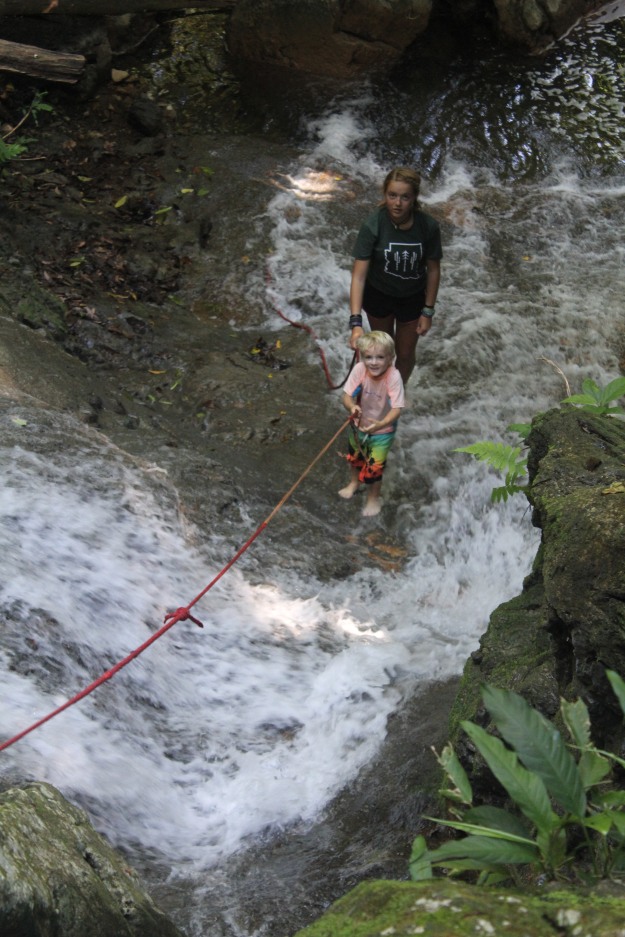 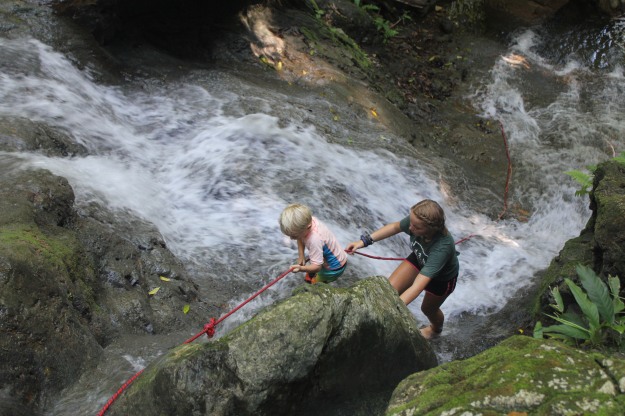 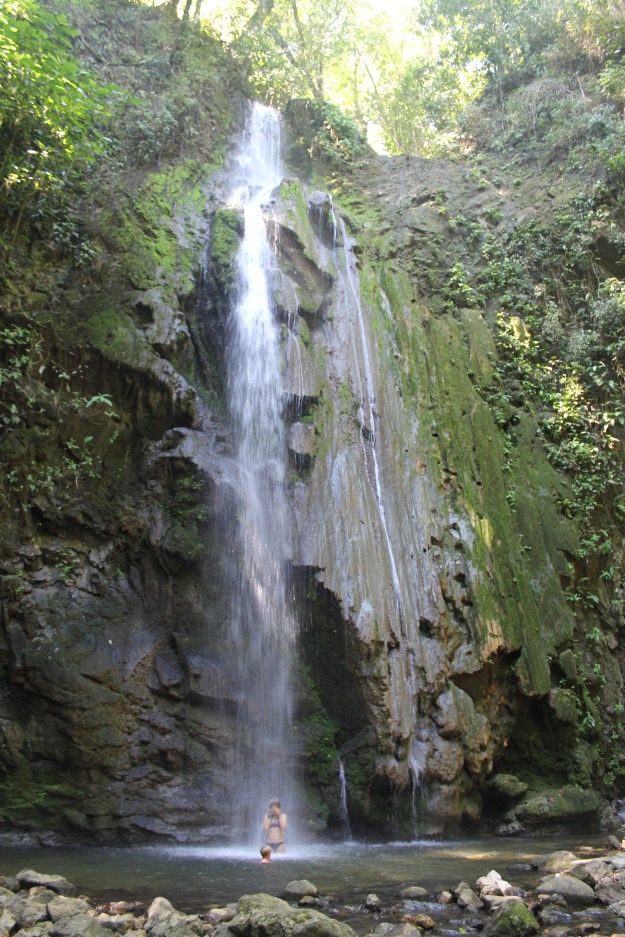 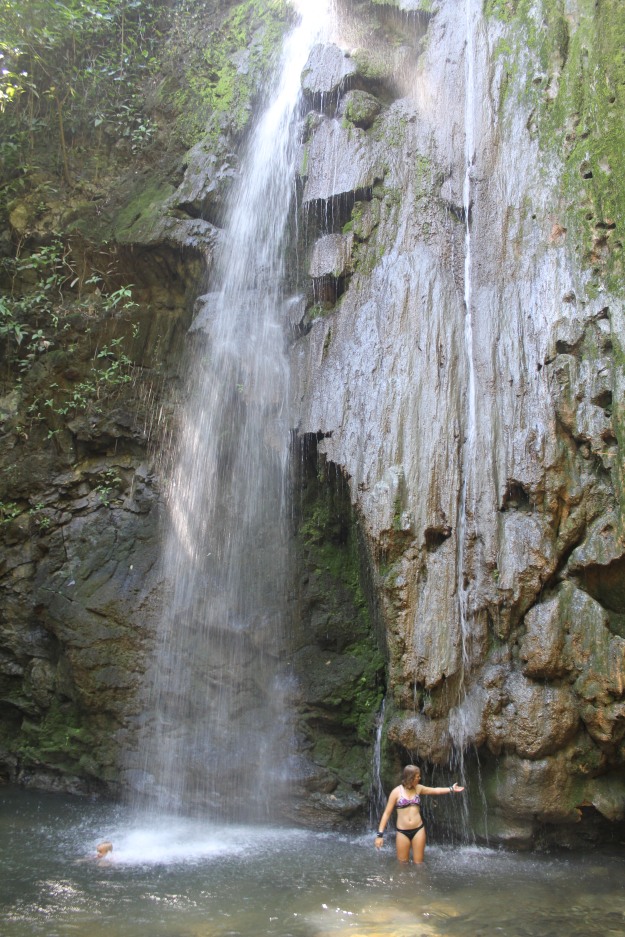 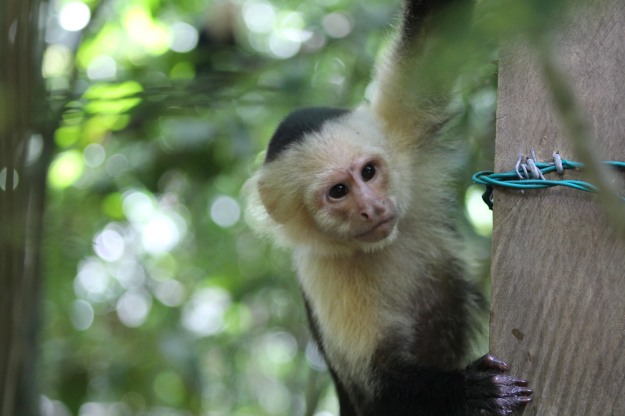 We then sailed off the hook and over to Jimenez to stock up on food and fuel and get at little wifi time in. 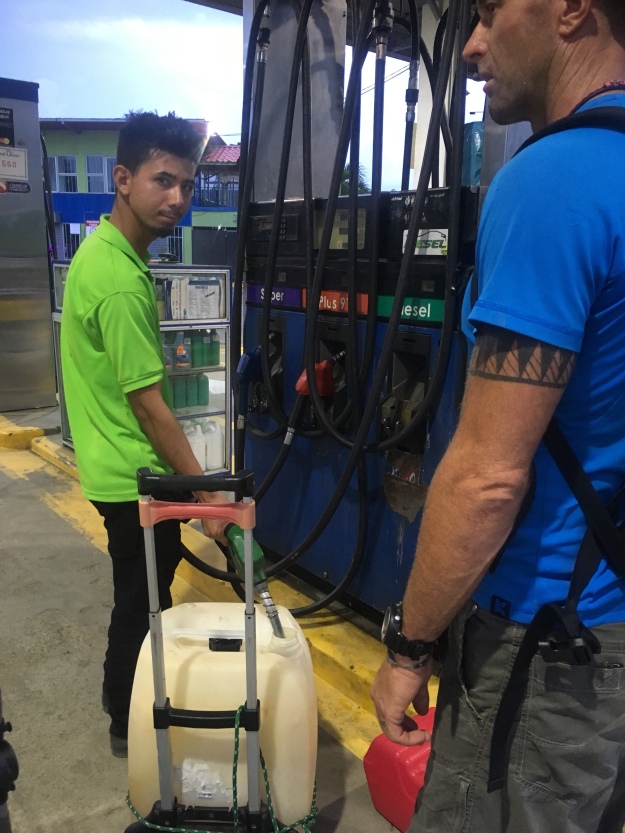 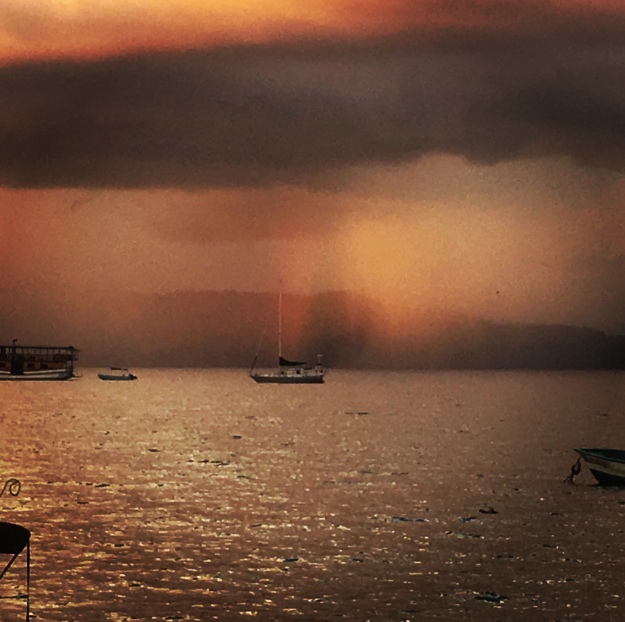