﻿After our 2 months in La Cruz (Dec 17-Feb 20) working with Christian’s various illnesses, we did one last lab test for him and left to head toward Barra de Navidad. Christian was finally feeling well enough to depart the Puerto Vallarta area and venture down the coast of Mexico to places that we sailed to last year. We felt safe leaving the populated area knowing that if Christian began to feel really sick again, it was an easy bus ride back to Puerto Vallarta or Manzanillo. The sail was familiar and included only one overnight. We felt confident that Christian’s energy would hold strong for the sail. We needed to get our sailing fix! 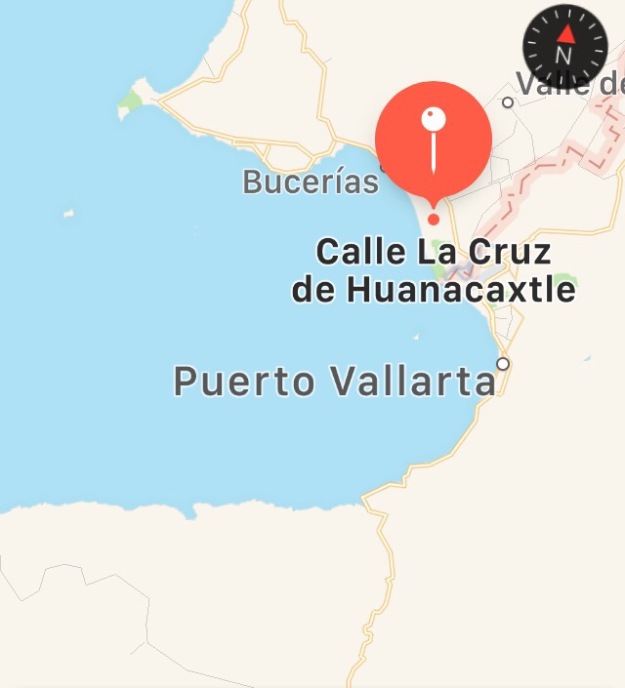 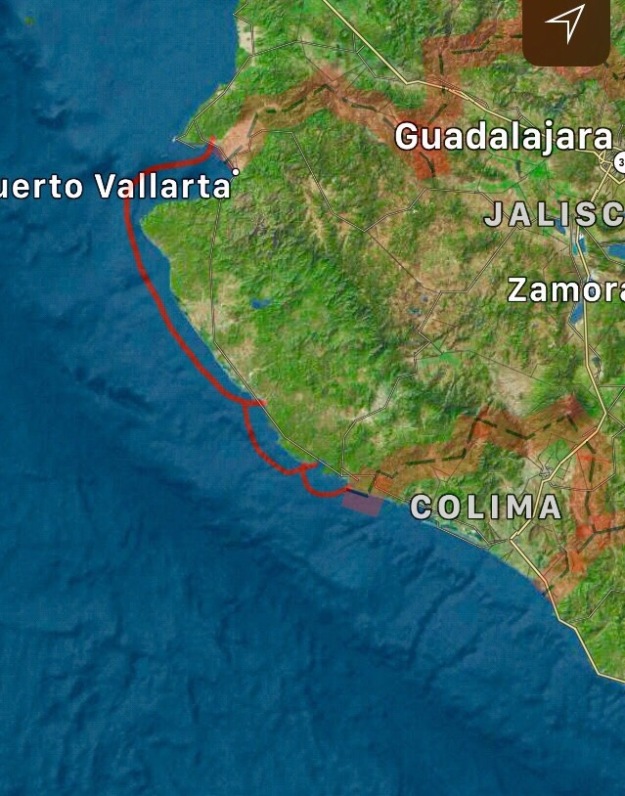 Although Christian was diagnosed and treated for Salmonella Typhoid, Rickettsia,  and antibiotic resistant E-Coli, he was still feeling ill. We weren’t sure whether it was just because his body had been through so much in the last 4 months or if we were missing something. In our “guts” we felt like we were missing something. The day we left to start sailing toward Barra de Navidad, February 20th, Christian went to have his blood drawn to test for Lyme Disease at the Lyme Disease specialist in Puerto Vallarta. A week prior, we went to see the Lyme Disease specialist ($30 for an hour consult!)  as something to rule out. We were skeptical that he had it, but we were on the “leave no stone unturned” path. The lab results would not return for a few weeks, we would be getting them sent by email, so sailing south while we waited made sense. Yes, Mexican doctors will send you results via email, they’ll even text you on their personal cell phones! The test for Lyme and other tick borne parasites was $250. This apparently is a universal fee throughout labs in the US and Mexico because the test is quite extensive and 95% accurate. We were lucky to be able to have it drawn in Puerto Vallarta and sent to Mexico City for testing.

Meanwhile, we remained hopeful that health was ensuing after so much time. We set sail as soon as Christian retuned from his lab draw appointment. The overnight sail from La Cruz to Bahia Chamela usually takes around 20 hours with good wind the whole way, so leaving in the afternoon was perfect to get us there first thing in the morning. The sail was great! For a few hours that night with downwind speeds reached ~30-35 knots, we had a double reefed main and furled jib to 70%.  The bioluminescence was brilliant.  Dolphins swimming and playing around the boat, hearing their breaths and seeing floresence glow as they move through the water. We arrived in the anchorage off of Punta Pérula in Bahia Chamela at 0400. It only took us 16 hours!

Bahia Chamela was such a nice breath of fresh air after being confined to Banderas Bay (Puerto Vallarta area) for over 2 months. We handled the overnight well, but it had been a while since we had done it together. We were not in a groove and both of us didn’t sleep much. The next day (our first day in Chamela Bay) was exhausting and homeschooling was a challenge. Note to self, do not attempt to homeschool after a sleepless passage! After a nap, we pulled up anchor and went to the furthest anchorage south in Bahia Chamela to try to catch some surf. S/V Cat2fold and S/V Full Monty joined us as well. We caught some waves and potlucked on Shawnigan. The next day we went to a bat cave before heading to another anchorage nearby.  There was a bit of wind and the water was pretty stirred up. The snorkeling we were hoping for was not happening. 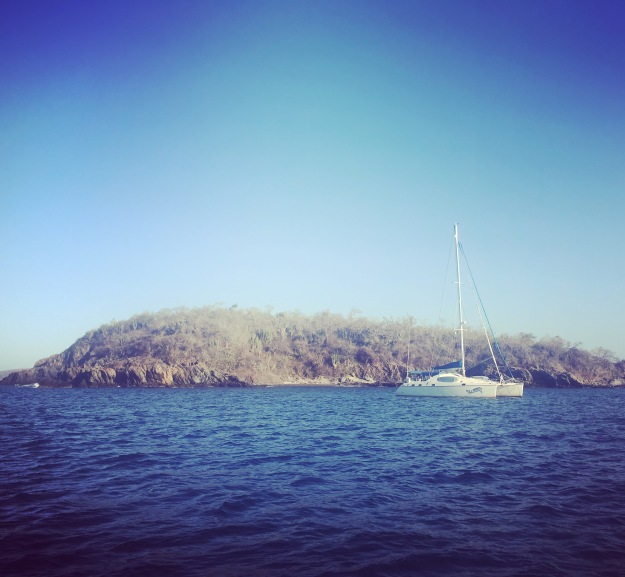 After 2 nights in Bahia Chamela, we set sail for Bahia Tenacatita. A nice day trip, downwind. No complaints from the Shawnigan crew. We stayed at “La Vena” anchorage, although most cruisers call it Tenacatita. We spent many days here last year. We did the mangrove dinghy adventure again with a S/V Full Monty, Mango, and Sea Glass. No crocodile sightings this time around, but it was fun none the less.  We enjoyed the company of SV Empyrean again as well as SV Mango Mango. We even managed to organize a dinghy raft up potluck.

SV Full Monty and SV Mango weaving through the mangroves.

A few days of playing and sailing , the action started to take its toll on Christian. He was being really careful with his diet, not eating sugar, dairy, and not drinking alcohol, but his fatigue and reoccurring symptoms were surfacing again. The sail down from Tenacatita to Barra de Navidad was thankfully painless and did not require a lot of energy. Along the way, we remembered about a friend of ours who recently went to a holistic center in the mountains near Barra de Navidad. He had been pretty sick with a lot of vague symptoms and came back healed! With going through all of the western medical treatment for Christian and having him still struggling, we decided to have him go the natural route while I stayed with the kids in Barra. As soon as we anchored, he called the center and planned to be there within 2 days for a 10 day treatment. (The experience at Centro Naturista DAR could be its own post, so I’ll save the details for part 2.)

Shawnigan was safely anchored in the Barra Lagoon while Christian was away. I had many fellow boat neighbors to help us if we needed it.  There were a few other kids boats as well for most of that time to help keep the kids company. 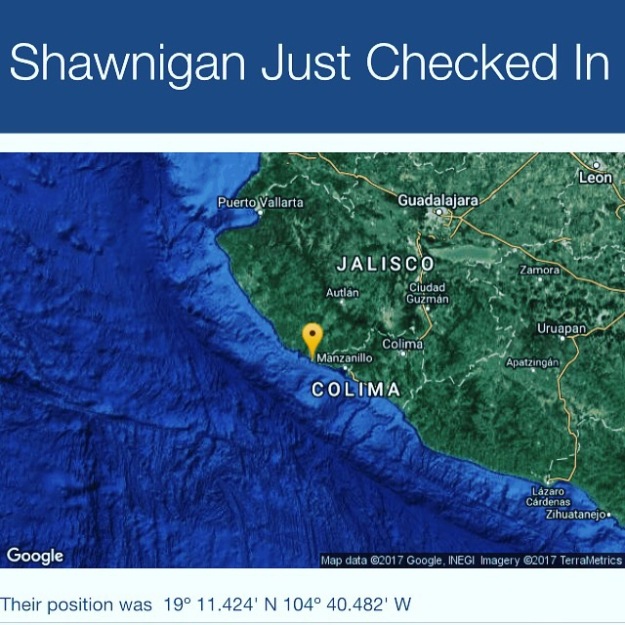 I feel like I’m repeating myself a little from our last year’s experience in Barra. We did a lot of the same things, but with different sailors. We did our schooling, which was usually done by lunchtime. After that, we’d go swim with our boat friends that were in the Marina at the Grand Bay resort. The kids always have a good time there, because the pool area is huge and the slides at the pool are fun.  Sometimes we’d go to town for “El Reconcito” for Papas Rellena ( stuffed potato) or get Rosa’s 10 peso Tamales for dinner.

Rosa selling her Tamales. She remembered Taj from last year.

We met up with some of the local friends that we made last year and went to the beach with them and had sunset potlucks. We did some hiking and kayaking and bird watching too.

Don’s service with a smile, pouring rounds of tequila shots is what he does best 🙂 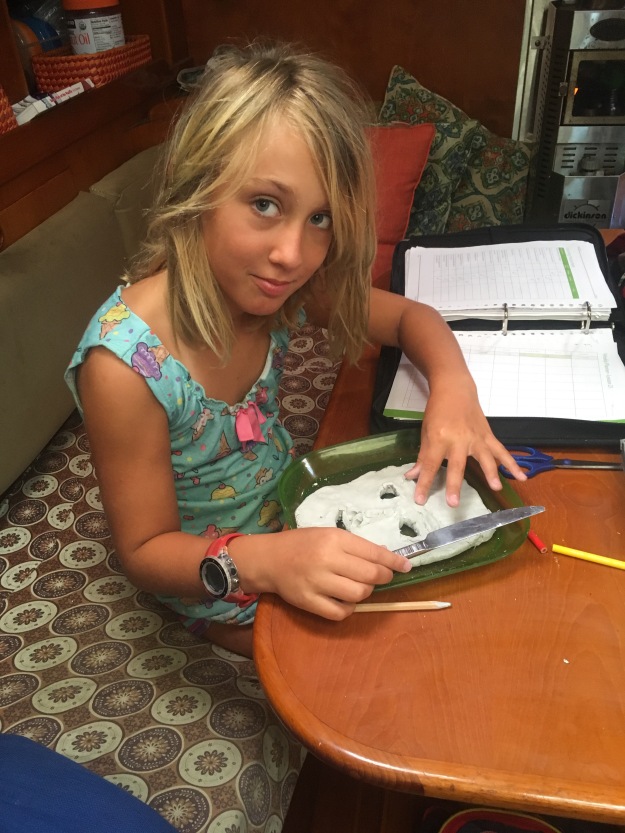 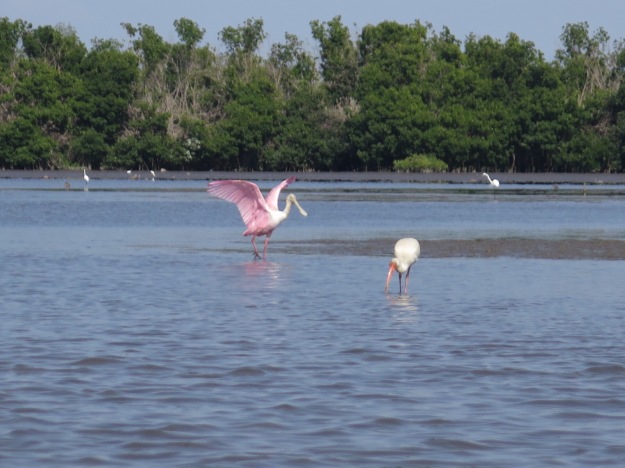 Taj and Zoey playing onboard Empyrean.

Taj looking up the birds in the bird guide.

Hike up to “shipwreck lookout” looking down on the ship that crashed during 2015’s Hurricane Patricia. 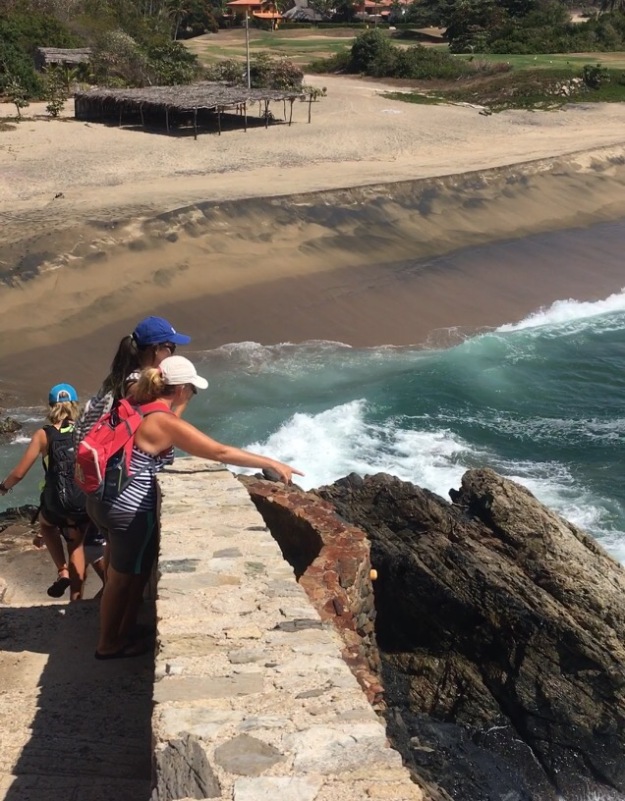 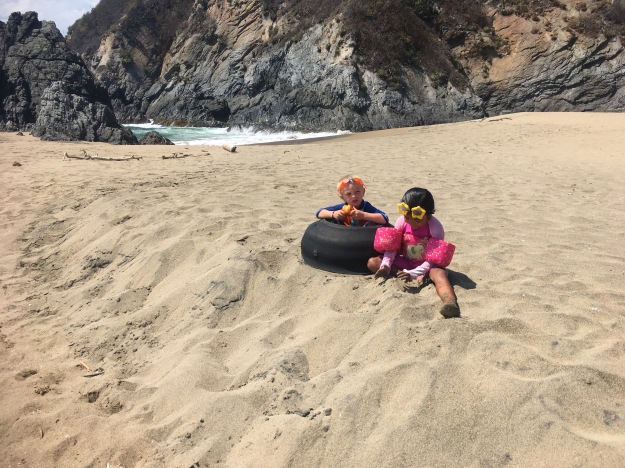 Hike with SV Empyrean to the secret beach.

﻿
2.5 weeks and no test results yet for the Lyme disease. We waited it out in Barra longer. Meanwhile treatment for Christian at the Centro Naturista seemed to be working well. It was time for him to come back to the boat. On Christian’s 10th day at the Centro Naturista, the kids and I took a bus ride up to the mountains to the town of El Grullo to see the center, have lunch with him and pick him up. It was a super windy road as we all got car sick. No one threw up, but we were sure close. The bus takes you to Autlán, which is where the singer, Carlos Santana, is from. From there we took a taxi to El Grullo. 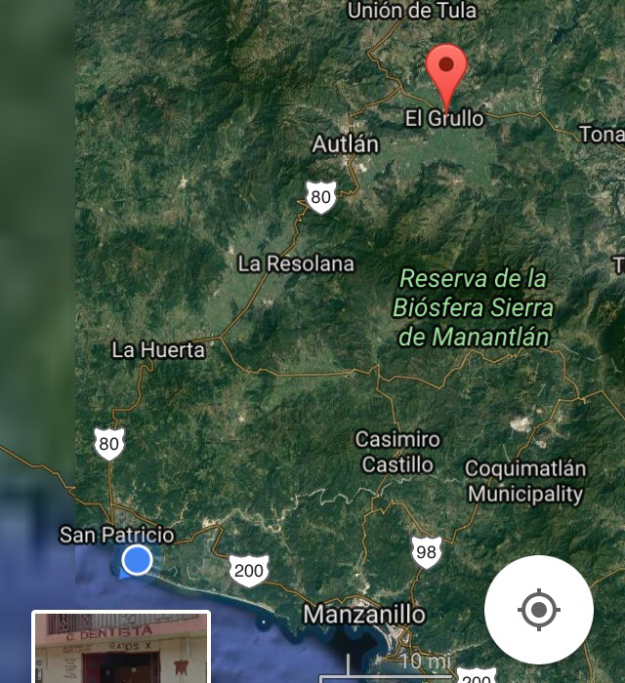 Dinghy to the Hotel Sands with the Grand Bay resort in the background.

Taj at the coffee shop across from the bus station in Melaque (San Patricio).

Full Monty departs heading toward Panama 🇵🇦. Happy for them, but sad to part ways.
That’s is it for part 1 of a 3 part post.