There is so much to see in Loreto ! Where to begin?!

Loreto is a small town with about 15,000 people, 2/3 rds the way down Baja on the Sea of Cortez (Gulf of California) side. As the starting point for the California Mission movement, the town offers a lot of rich history and sightseeing opportunities. In the last 15 years+, Loreto has become a mecca for its Eco-Tourism.  The Sea of Cortez and the desert of Baja can be described as a melting pot of marine life and a rich desert ecosystem.  There are flora and fauna here that can not be found in many other places. The eco-tourism offers ways to see these spectacular sights with minimal to no impact on their ecosystem. As a family living on a sailboat, we are able to have our own eco-tours on the ocean, but finding land based activities are more of a challenge.  Thanks to our friend, Sara, who helps operate Loreto Sea and Land Tours, we were able to explore a snippet of Loreto’s land based ecosystem and other tourist sites.

Loreto was the first Spanish Colonial settlement of “New Spain” on the Baja. The Jesuit missionaries built the first of the California Missions there, Mision de Nuestra Senora de Loreto Concho,  in 1697. Loreto offered a fresh spring as a perfect resource for the missionaries to build and provide food to offer for the local Cochimi tribe and offer Christianity in return. This was a peaceful movement at the time. In 1769, the quest to explore the northern areas and establish missions along the way started.  As time passed the territories of missions fell in control of the Franciscans and then later, the Dominican order and divided into two regions, Baja California and Alta California. Alta California became the California we know today in the United States. I could go on and on about Loreto’s history, but I wont. If you are feeling the need for more of Loreto’s history click here.

After exploring the town of Loreto, we ventured up into the mountains, named Sierra de la Giganta, to explore the desert and visit San Javier, the second of the California missions. On the way up we stopped to hike to a very old and lonely fig tree growing up a rocky hillside. Of course everybody had the urge to climb it!

Further up the road we pulled over to get a view of the original “El Camino Real”! We had no idea that the “El Camino Real” in California had originated in Loreto. We saw the first road that brought the missionaries from Loreto up to San Javier and eventually up through modern-day California as the path of the California Missions!

Mision San Francisco Javier de Vigge-Biaundo was founded just 2 years later, in 1699, but took many more years to build. It was fully functioning by 1758. Water was more abundant here than in Loreto and the location was better protected from hurricanes. It was for these reasons that San Javier became the primary mission. The Cochimi tribe was drawn to the church and Christianity for the food and kindness they provided. The mission was successful with its community and agriculture for many years. Unfortunately, European diseases from the Spaniards spread among the tribe, eventually leading to the decimation of the Cochimi. Their culture and language became extinct by the 20th Century.

If you find yourself in Loreto either by boat or land and wanting to see sea life, land life, and culture, we highly suggest using Loreto Land and Sea tours. Not just because they are friends of ours, because they offer a plethora of different ways to explore the area and ways for the sailing community to explore inland history and culture: scuba diving, snorkeling with seals, fishing, hikes and many more options for adventures. Finding someone who can share so much local knowledge is a prized opportunity for our family as well as for many other cruisers.  We get to check off History of California Missions from Ellamae’s  4th grade boat-school curriculum, one year in advance! 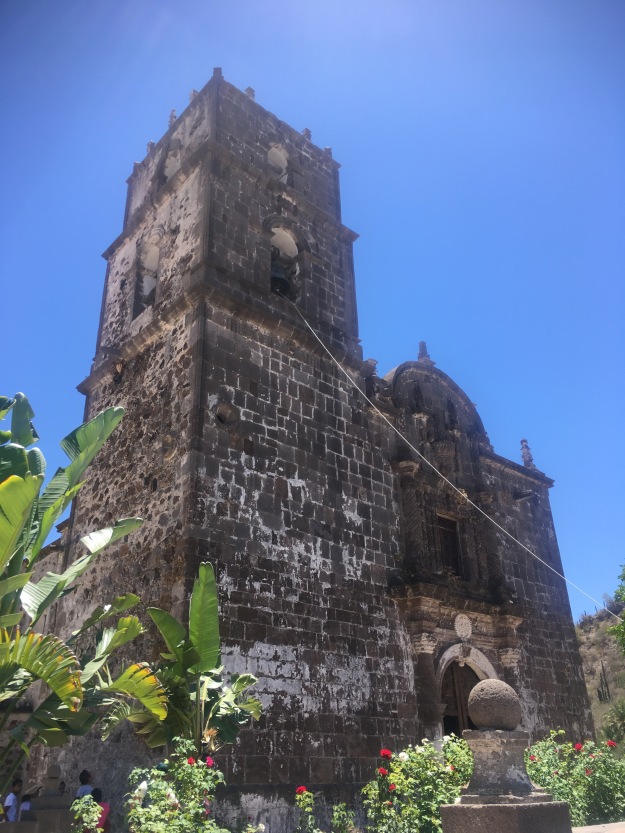 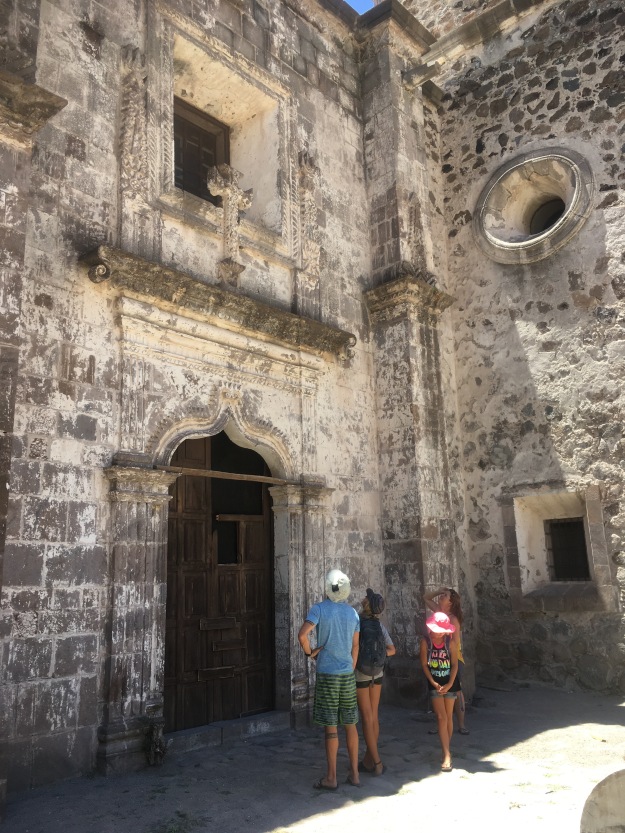 Mike, aboard S/V Easy joined us along the tour. 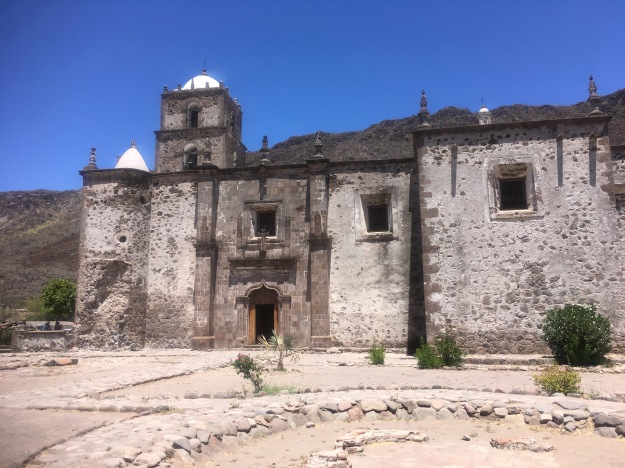 Taj can’t resist the temptation to climb another tree.

Feeling tipsy? Give us tips and write us some tips (comments) too.

The start of our cruising adventureAugust 20th, 2015

See our Nugget Guides along with many other family vacation activities!