We just completed our longest passage yet, a four day sail across to an anchorage just north of La Paz. We motored a half of an hour out of Marina Mazatlán, then hoisted our sails. The motor only turned on again on the Baja coast for an hour in the Cerralvo Channel and then again for another 45 minutes from the channel marker buoys in San Lorenzo Channel to Puerto Balandra.We dropped the hook a few hours after sunset. We were happy to be able to both get a full nights sleep after 3 nights of splitting night watches.

The sail over started slow, picked up for a few, then slow again, the picked up again. Our first two nights we had low, to no wind. Our mileage actually went backwards at times of no wind. We turned around in circles and drifted backward with the current. A little frustrating at times. Most days, the wind would pick up enough in the morning to make forward progress, and later in the day we would pick up speed before the wind dropped off again. We had the most consistent wind the third overnight and through the next day.

On the third day, before the wind picked up, we decided to jump in the water and trail behind the boat. Don’t worry we were all tied on. Christian went first, and Taj had to follow of course. Afterward, I hopped in and then all three kids found their way in. They loved it as was evidenced by screaming, “I feel like a mermaid! I feel like a Dolphin!”. This brought back some life to our stagnant bodies and brains. The girls called it PE underway. Taj definitely needed it. Having a toddler, and a boy to top it off, is challenging at times. When he doesn’t get the energy out, he starts to get a little rambunctious to say the least.

The girls did their school underway and even did it through the weekend in order to have a few days off upon arrival to La Paz. I’m convinced their brains work slower while we are sailing. School seemed to take twice as long underway. It doesn’t help having their little brother climbing all over them, taking pens and pencils away, and hiding books from them. He’s a little bugger I tell ya! Not really, but he keeps us on our toes. I guess that’s fine though, since there isn’t much else to do.

We had our hand line fishing lines out during the day everyday. We only caught one Bonito during the first three days. On our last day, just west of Muertos we caught a shark! As exciting as it was to bring it in, we had no clue what to do when we saw that it was a shark. It was about 5 -6 feet and we definitely weren’t going to keep it. We ended up cutting the line as close to the shark as we dared to get.  We’re not sure what kind it was. We are thinking a Silky Shark. If you know, comment below please!

On the night of our fourth day we anchored in Puerto Balandra. What a beautiful sight. Well, actually it was pitch black with only a sliver of moon. We normally avoid night time anchoring, but the entrance is fairly open and well marked. We arrived under glassy conditions. Shortly after dropping our 65# Mantus Anchor, the wind picked up strong. Thank god we have a good anchor. We slept so well that night! It felt great to be on the Baja side of the Sea of Cortez.

Life through polarized lenses is even better than rose! Thanks Teeny Tiny Optics for the awesome glasses. The kids were counting jelly fish to occupy time! 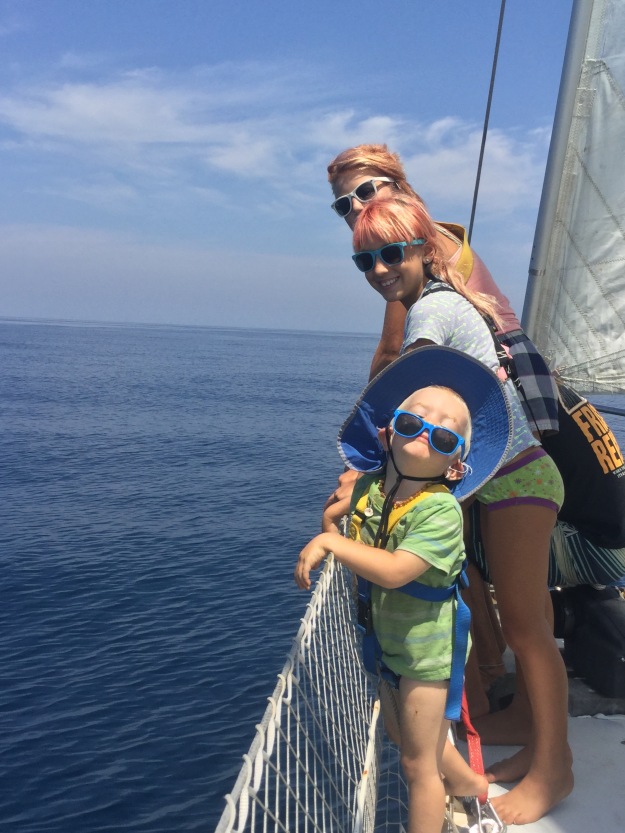 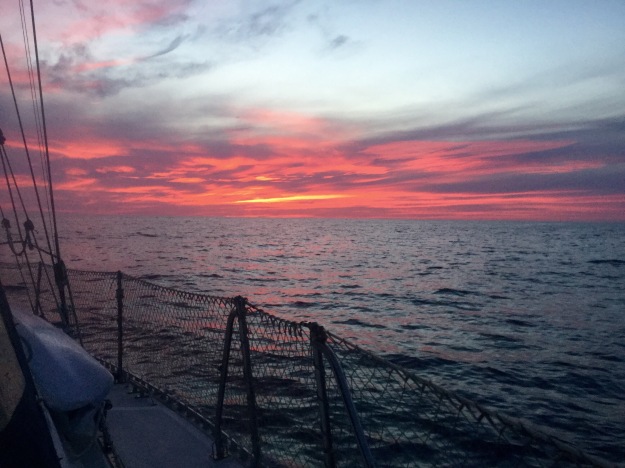 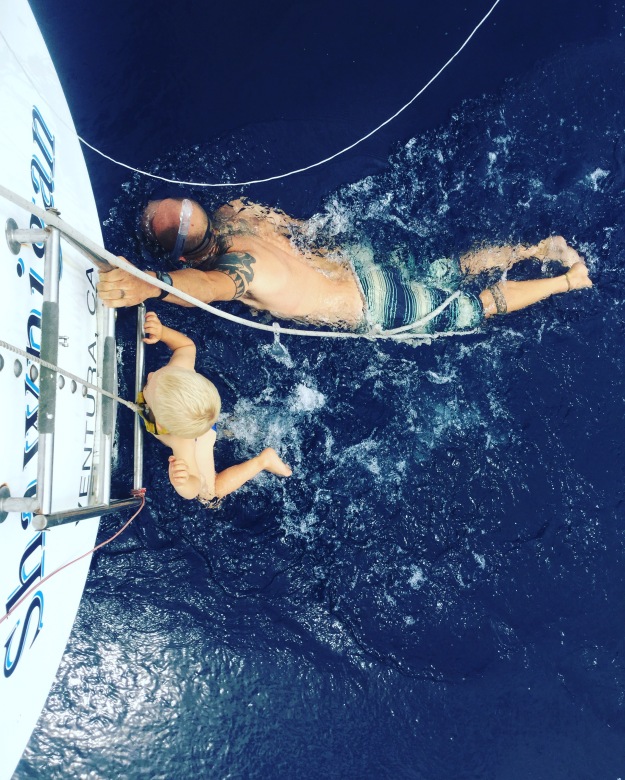 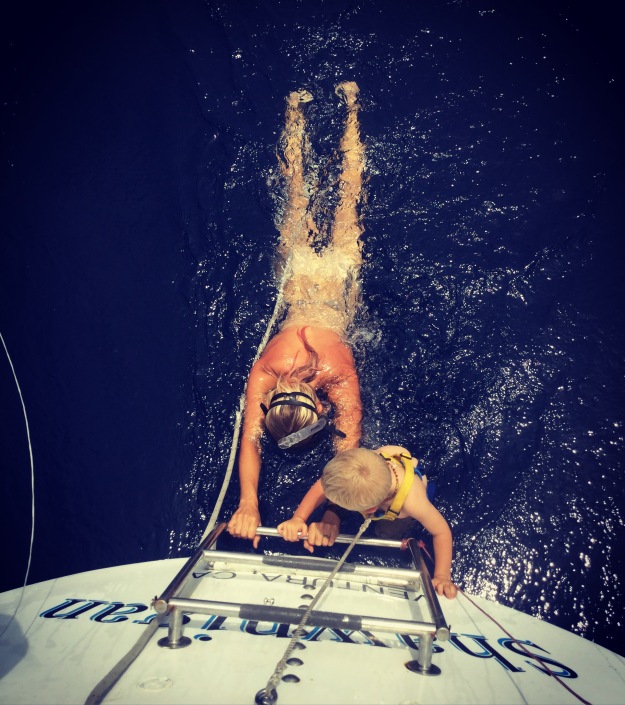 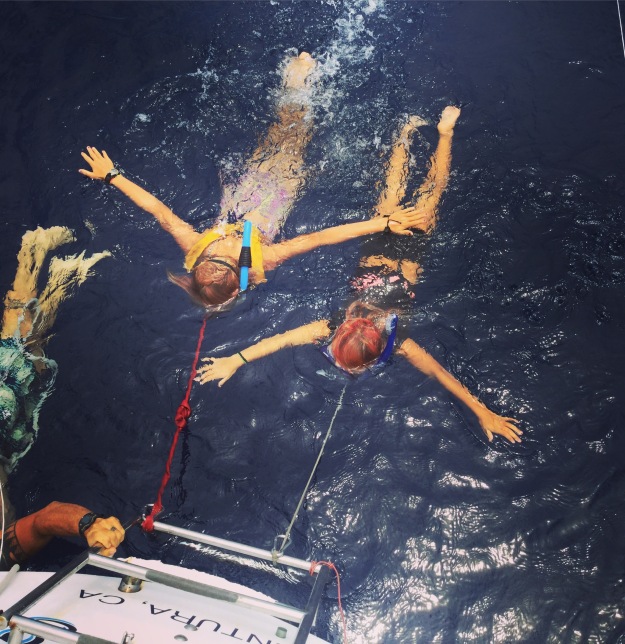 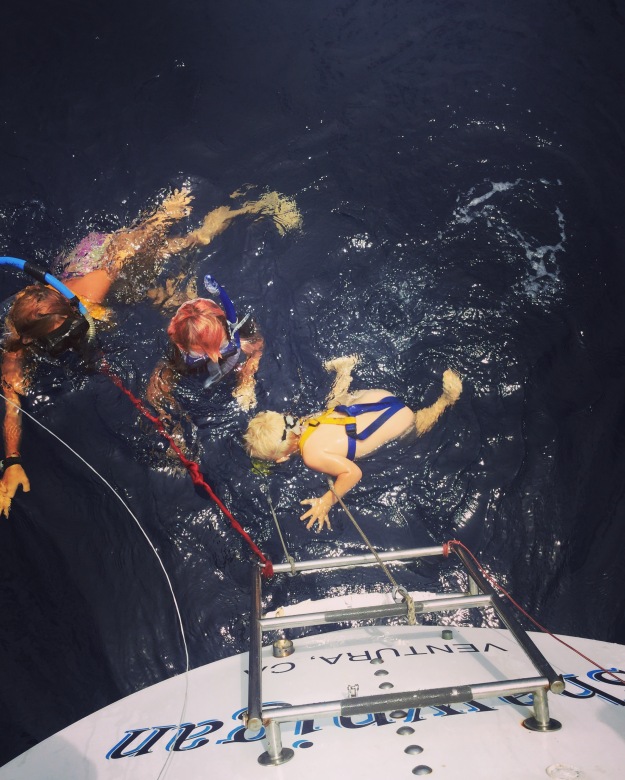 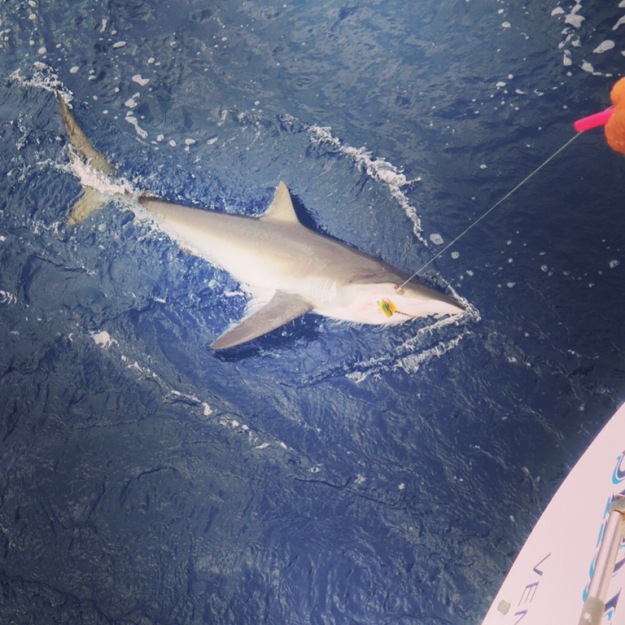 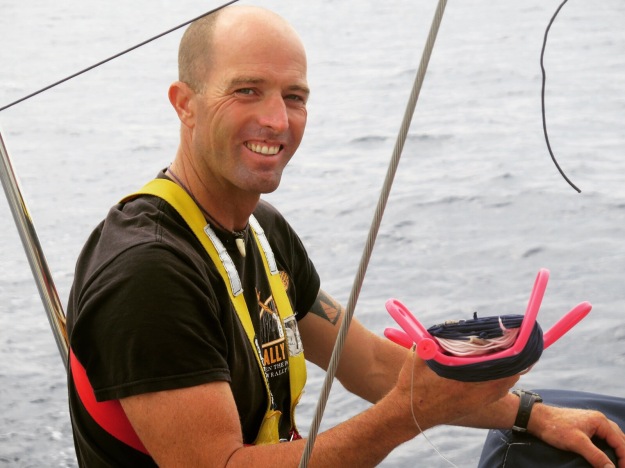 I think we might need a new hand reel after this catch!