Now that I’m finally getting back on track with posting, we will be leaving cell and wifi reception. I will do my best to plan my posts out a bit. I’m still a few weeks behind, as e left La Cruz on April 24th, but it’s better than months behind.

We finally made it out of La Cruz and started making our way North. We first dropped Ellamae off at the airport in Puerto Vallarta to go spend time with her biological father, Jason. That same afternoon we sailed off the hook to Punta de Mita to get us further out of the Banderas Bay. First thing the next morning, after breakfast we set sail, actually motored for a few hours, around the point and headed North for a 30 mile day. Mike on SV Easy  was buddy boating with us.

The wind didn’t pick up for about 3 hours, but the weather was beautiful. We saw tons of sea turtles and enjoyed a pleasant sail north. 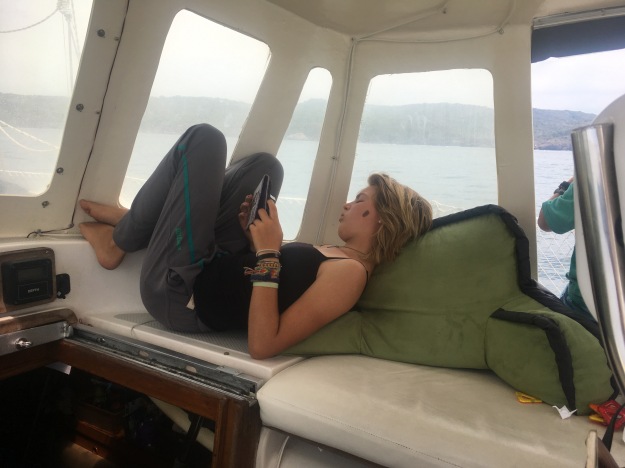 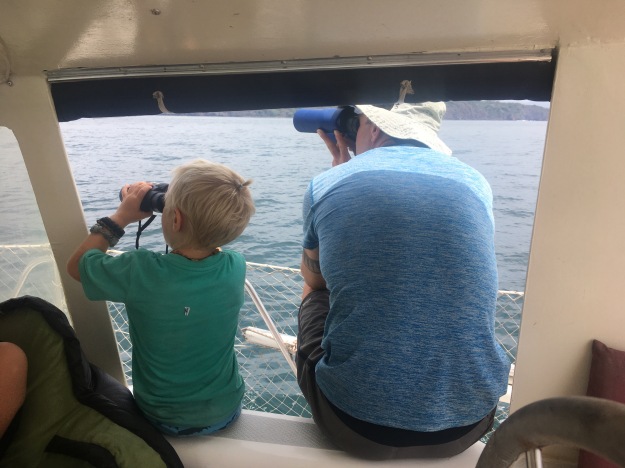 We’d been to Chacala before and arrived in the mid afternoon. Just enough time to hit up the surf spot! Just what the doctor ordered.  That night we had Mike over for dinner and and a good nights sleep was had by all.

The next day included school, checking in with the port captain, more surfing, and beach time.

Then more surfing and a hike to the extinct volcano crater, and more beach time the next day. We met a fellow Nor Cal family and spent some time with them. The mother owns a house there and rents out bungalow through Airbnb.

Chacala is beautiful and we wished we could have stayed longer. Hopefully on the way back down.