Well, we are leaving for what is everybody aboard, but Christian’s longest passage yet. ~1,400 miles, which should take us about 10 days to 2 full weeks or maybe a little more! We were going to leave today, but then realized that today is Friday. What’s so special about Friday, you ask ? There is a huge list of sailor’s superstitions and one of the big ones is that it’s bad luck to leave port on a Friday. Since this is our longest passage we decided not to risk it, so we’re waiting for tomorrow to leave from Barra de Navidad.

We need to get to Costa Rica by Jan 15th, so rather than rushing down the coast of Mexico and potentially getting stuck waiting for the Tehuanapecs (extremely strong winds off of southern Mexico and Guatemala) to calm down enough to motor on through, we are going to sail basically straight down and around the strong winds and hopefully be able to cut over to Nicaragua. ~ 1,200 to ~1,400 miles. 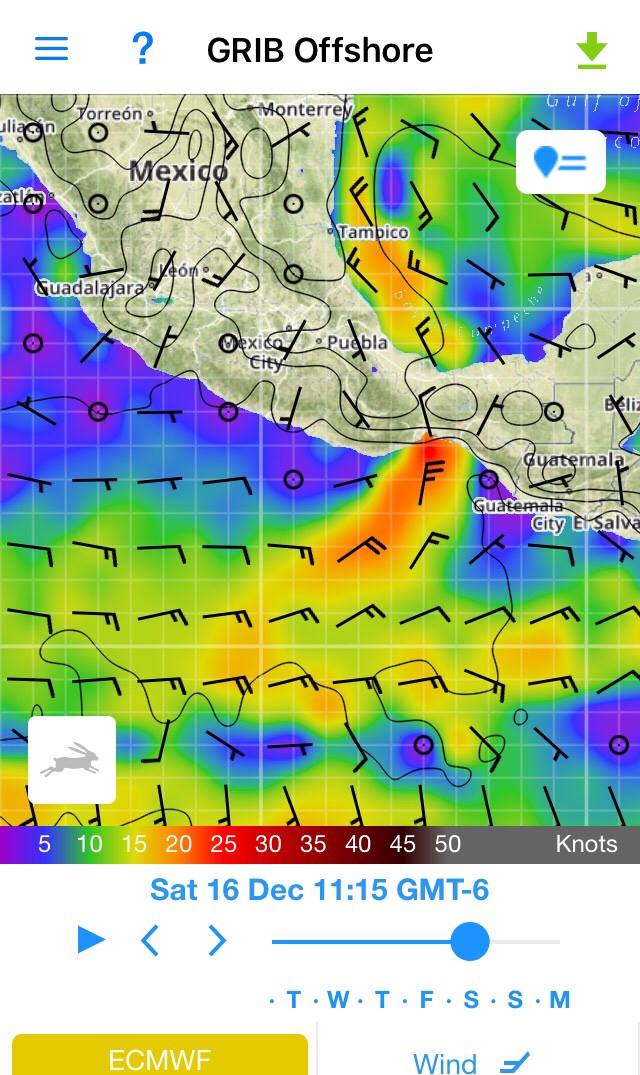 Above shows potential gusts of wind, which extremely important to take into account when weather routing.

There is a chance, and a good one too, that the Papa Gallos (another localized area of strong winds and gusts) will be blowing off of Nicaragua, which would force us to sail straight to Costa Rica. Making it more of a solid 1,400 miles passage. We would end up missing Nicaragua all together, but I’m sure we will find fun in Costa Rica to occupy our time with.

With our last post, we had just arrived into Barra de Navidad from Tenacatita. After a few days in Barra de Navidad we took a bus down to Manzanillo to check out of Mexico, but the process was a little more involved than that. It was not as bad as some people had warned us about though, but it did take a full day. I decided to write about to help other people out that end up wanting to do the same.

We first went to the port captain in Barra de Navidad. He said he could check us out and give us our Zarpe (basically a permission slip to leave one country and enter another), but we needed to go to the immigration office in Melaque first. So the next day, we all hopped on a bus to Melaque only to discover that the immigrations there is not able to “stamp” us out. They pointed us in the direction of Manzanillo to do that. Since that day was basically over, we waited for the next day to take a bus down to Manzanillo.

The bus ride to Manzanillo was painless. $61 pesos/adult each way and about an hour and a half long ride straight to the bus terminal in Manzanillo. From there we took a $50 pesos taxi to the immigrations office that google maps found for us. After only 15 minutes of wait time, the lady called upon us and we discovered that we were at the wrong immigrations office. She didn’t speak any English, but was very helpful and showed us on my phone via google maps where to go.

Since we were all the way on the other side of the port and close to the Banjercito (Mexican Military bank), we decided to go surrender our T.I.P (temporary import permit) card. The system for that is all electronic, so that was one thing we wanted to make sure we did correctly before leaving the Mexico. We’ve heard stories of people who forgot to cancel their TIP and either let it expire, left and came back or sold their boat, and when the boat returned to Mexico they were fined somewhere up to $700! The total time for canceling the T.I.P took about 2 hours. The lady at the Banjercito only spoke Spanish and didn’t know what to do, but was super nice. Things to prepare for canceling your T.I.P in Manzanillo: make photocopy of Passport (s) to hand in, photocopy of documentation and crew list of last port of check-in, and you will need to either have a copy of or fill out a new list of electronic/big ticket items (make and model) that are on your boat with their serial numbers. There is a photocopy place around the corner if you do everything last minute like we do. *bonus about Banjercito location: there is a great roadside tacos de barbacoa stand on the corner!

From the Banjercito, we easily grabbed another $50 peso taxi to take us all the way back to the correct immigration office. Describing where to go to the taxi driver was somewhat of a challenge, so we showed him the location on my phone’s google maps and stated it was just beyond the Nissan import car lot. He dropped us off near the entrance, we walked through the gate and stated we were leaving the country (estamos saliendo del país) and walked right into a quiet and clean facility. They were super nice there, loved our kids, and the whole process took about 45 minutes. They took copies of passports, visas and FFN receipts, boat documentation, and crewlist. They typed out their own form, handed us a new completed, printed and official stamped form and said to take that form to the port captain to obtain the Zarpe. So now, back to Barra de Navidad. The bus station happened to be only a few blocks away, so it was a quick walk there. 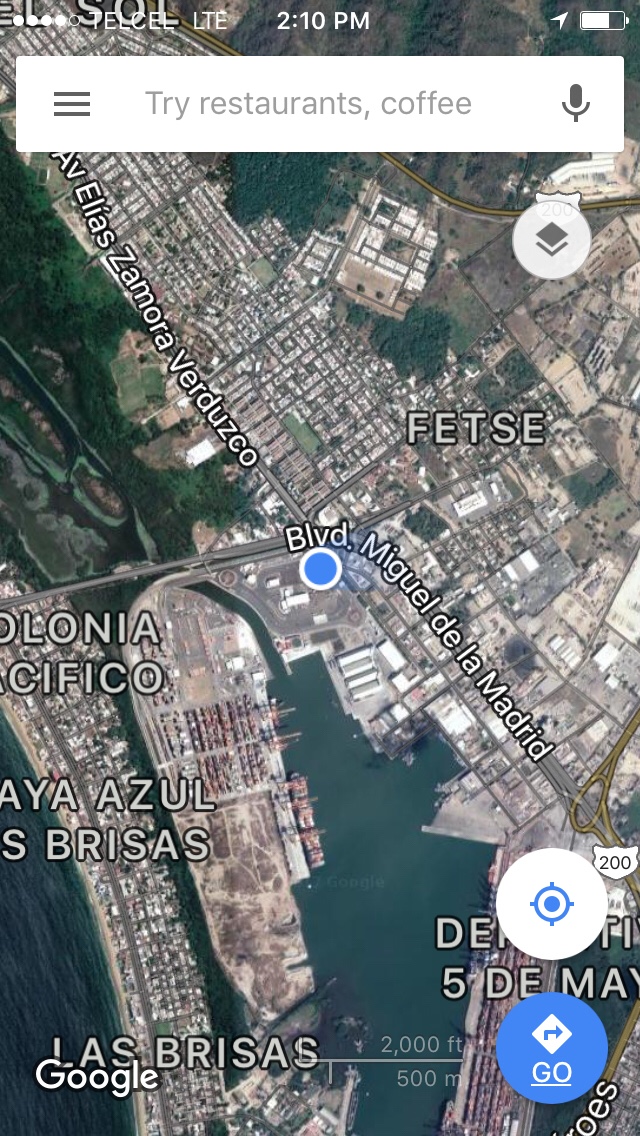 Phew! That was quite the process, but nothing compared to some of the horror stories that we’ve heard some people going through.

Our next blog post will likely be from Nicaragua shortly after Christmas.

It’s a good thing Santa has GPS, because we have no idea where we will be on Christmas.